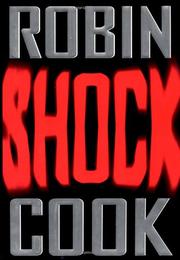 Bestselling Cook (Vector, 1999, etc.) lets loose another infectious medical thriller, this one a delightfully readable though oddly girlish effort that could well be titled Nancy Drew and the Missing Ovary.

Joanna Meissner and Deborah Cochrane, two 24-year-old Harvard grad students working on their Ph.D. theses, decide to sell an egg each to the Windgate fertility clinic on Boston’s fancy North Shore, collect their respective $45,000 fees, buy a condo to rent out, and go off to Venice to finish their work via the Internet. Mischievous Deborah studies molecular biology and has all the good lines; solemn economist Joanna plays straight man when not displaying her strong computer skills. Before they leave for Venice, Joanna gives back her engagement ring to Carlton Williams, a Mass. General intern too blinkered by round-the-clock duties to pay her any attention. When the women return to Cambridge 18 months later, dissertations completed and physical appearance of each slightly changed, Joanna has an irresistible urge to know what happened to her egg. Deborah tries to talk sense into her roommate, but she too gets curious when inquiries reveal Windgate as overly crafty about its fertility research, donors, and egg recipients. So our heroines disguise themselves as sexy Georgina (Deborah) and prudent Prudence (Joanna) and take jobs at Windgate to find out where their eggs went. That’s about all we can tell you without giving away a twist reserved for the three-quarter mark, aside from the fact that a serial killer gets dragged across one chapter as a red herring, that the story echoes The Boys from Brazil, and that the climax devolves into a long chase scene down halls and tunnels.

Administers more of a routine physical than a real shock, but lots of fun anyway, with Deborah a great sidekick. The girls’ masterful verbal swordplay is quite enough to keep the pages singing.