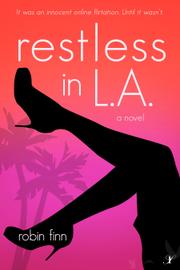 A mother beleaguered by stress—and frustrated aspirations—risks it all for an illicit affair in this debut novel.

Alexandra Hoffman’s life is a hectic one. She has three rambunctious kids, one of whom, Ryan, struggles with severe anxiety and attention deficit disorder, and likely falls somewhere on the autism spectrum. Her husband, Jason, is consumed by his corporate job, and his absenteeism has taken a toll on their marriage. Alex’s 40th birthday is fast approaching, and she’s dispirited by unrealized ambitions—she planned to become a novelist and now keeps an anonymous blog detailing her travails as a full-time mom (“Yesterday, I stopped by the Back-to-School Parent Breakfast and made myself a tall cup of Starbucks and shoved a pre-made egg sandwich on seven-grain bread into the pocket of my jacket and left. I didn’t stay for sign-in or icebreakers or speeches”). She looks up an old flame, Matt Daniels, with whom she had an intense romantic affair—they lived together for a year in London. She accidentally friends him on Facebook and, against her better judgment, meets him for dinner. Against anyone’s better judgment, she returns to his hotel room for a glass of water, and they are both overcome by the magnetic draw of their attraction to each other. A torrid affair begins. Finn jumps among the first-person narrative, snippets from Alex’s blog, and flashbacks to her youthful romance with Matt. The author realistically sketches a portrait of a haggard mother, pummeled by relentless obligations and unceremoniously jettisoned dreams. In addition, her account of Ryan’s tribulations as a teen addled with cognitive dysfunction is expertly produced. But the story is at best a familiar one, and maybe shopworn, a problem worsened by the weight of clichés. Consider Alex’s description of her life coach, Lark: “Her dark purple top, purple yoga pants, and tattooed arm lent her the aura of some kind of modern-day shaman.” The pace of the tale is lumbering, and one of its driving premises—that Alex could be a great writer if only she’d believe in herself—is never evidenced by any of the samples shared with the reader, which are unspectacular even by the standards of the blogosphere. While Alex’s frustration is expressively detailed by Finn, the plot is too stale to grip the reader’s attention for long, and the characters too threadbare.

A formulaic tale about the dangers of temptation.