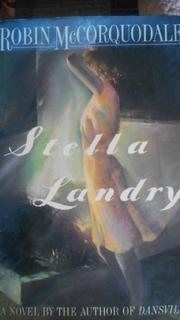 Here, the author reins in the stylistic excesses of her heavy- breathing Dansville (1985) and settles in to plain-speaking—for a raw-boned confession of a woman who barely survives a near-lifetime of abuse. It all takes place in the cities and small towns of Texas. As Stella describes her nun-like, solitary life (``People like me don't [marry]'') in Fort Worth, the reader has to guess why she at first shuns the courtship of persistent young Jim, a man she instinctively likes. He's a small-town mechanic, and Stella has known others like him: ``Born into a life that they saw no reason to change (their fathers had jobs good enough...their pride was in how well they were able to copy the men who had come before them''). Stella and Jim do marry, however, and have a son. In fact, Stella comes to adore, in the worshipful sense, her new status as part of a family—with ``all the love around me.'' But then a distant kin of Jim's family thinks she recognizes Stella, and one day someone gross and evil arrives from the past. Throughout, Stella's childhood and youth are revealed, beginning with the small bit of happiness in childhood with mother Joylyn and father Doc, who, he said, could never pass his medical exams. Joylyn will disappear, driven to desperation by Doc's callous greed and drunkenness, leaving Stella, abused, in poverty and vulnerable to exploitation and years of humiliation. After a near-fatal violation (graphically detailed), she escapes to Forth Worth. But Stella finds no forgiveness for her past from the church-going Christians of her new family. It's only after more years of loneliness that she finds in herself forgiveness and love. A straightforward hapless victim's tale. Stella is no hearty Moll Flanders, but, still, there's a root authenticity here of the regional mores and rituals. This could edge into a May Sarton/Tillie Olsen feminist readership.