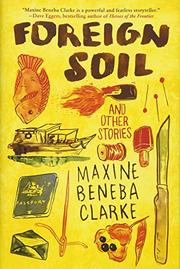 In this aptly named story collection by Clarke (The Hate Race, 2016), an Australian writer of Afro-Caribbean heritage, people living in various countries struggle to build better lives for themselves.

In the title story, Millie Lucas, a pretty teenage girl from a poor Jamaican farming family, is sent to work in a Kingston sewing shop, which her parents see as a step up in the world for her, only to fall victim to a man's seduction. In the deeply haunting “David,” the lives of two Sudanese women living in Australia intersect: one is older, more traditional, and still traumatized by the shooting of her young child in the war back home; the other is a younger, more modern single mom who has just left her son’s father because he “was no good.” Here, the gap between generations that, at first, gives the older woman a negative judgment of the younger woman’s life choices gives way to a single, cathartic moment of human connection. Then there is the story of Harlem Jones, whose West Indian immigrant mother wants him to make more of his life than his absent father and incarcerated brother have managed to do with theirs since the family settled in London. “Ye need te pull yeself together, Harlem," is his mother’s ongoing refrain. "Ye father an I never come te dis country te raise delinquent children." Clarke fully inhabits the voices of her characters—a masterful feat given their wide range of age, gender, race, country of origin, and country of residence. While many of the stories explore the lives of immigrants, the characters are not stereotypes or stand-ins to further a political ideology; they are simply people caught in situations ranging from the desperate to the more mundane, trying to live their lives the best way they know how.

A tremendous new voice; a writer of immense talent and depth.

HISTORY OF A DISAPPEARANCE
by Filip Springer
Fiction

THE GIFT
by Barbara Browning
Children

ALL THE AGENTS AND SAINTS
by Stephanie Elizondo Griest
Children

ELIZA AND HER MONSTERS
by Francesca Zappia
Nonfiction

THE LIFE TO COME
by Michelle de Kretser
Fiction