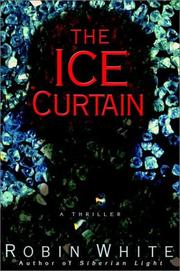 Since the fall of the Soviet Union, Russia has been turned on its head. So much that all the stereotypical bad guys—the FSB (KGB) and the Chechens—are now the good guys. Sort of. When Nowek’s best friend, Volsky, the delegate from Siberia, is murdered, Nowek finds himself promoted to his buddy’s job and embroiled in mystery. A huge cache of diamonds is missing from a mine whose workers Volsky was representing when he was killed Moscow mafiya-style. As it happens, Russia is about to crumble: it’s not just bodies that are dropping right and left, but rubles. It will be déja vu all over again unless someone can put something in the vaults that will convince the IMF that the nation is still slightly solvent. Nowek finds more than he bargained for as he attempts to avenge his friend and save Russia, and soon he’s rubbing shoulders with the London-based diamond cartel that control the world’s oldest and hardest form of currency. He finds himself paired with perhaps the only honest FSB agent ever, and his driver/partner hires some badass Chechen mercenaries when things start to get hairy. White’s tone sometimes makes it difficult to tell who’s who in the fast pace of things, but on one level it doesn’t matter: the real character is the well-rendered insanity of Russia itself, a Siberia where one’s breath can freeze and fall to the ground with a tinkling noise. Things are bad enough for Nowek to long for the Soviet days “when the world was terrible, but at least it made sense.”

Smart fun for those curious about the madness of what is still the world’s largest country.