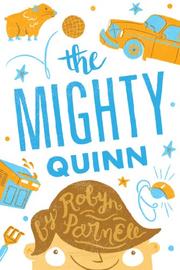 A new classmate helps fifth-grader Quinn Andrews-Lee re-evaluate longtime friendships and stand up to a bully.

Neally Ray Standwell’s “cosmos green” eyes can see inside people, Quinn thinks. She recognizes that Matt Barker is a bully and a bigot and understands his schoolmates’ fears. When Matt trips her, she stays silent, but later in the term, when Matt claims that Quinn gave him a black eye, she figures out how to prove the truth. For her first middle-grade novel, set in Hillsboro, Ore., where she lives, Parnell creates interesting child and adult characters and confronts them with serious issues, including child abuse, care for the environment, ethics and even skin color. Matt’s and Neally’s families demonstrate the contrast between values taken from religious beliefs and those coming from a sense of social justice. Quinn’s own parents don’t go to church. They willingly explain their reasoning to their son in one of a series of serious conversations adults have with children here, often humorously interrupted by the realities of family and school life. Some of what’s going on in this lengthy story may glide over child readers’ heads, in spite of discussion questions included at the end, but it will certainly provide food for thought.

It’s something of a soapbox, but it’s one of the few books for the audience that discusses the possibility of not practicing a religion.