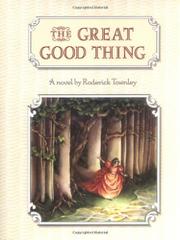 Enchantment rules: the power of story; the uses of dream and memory; and the eternal childhood question of where beloved characters live when their book is closed are just some of the skeins of this utterly winning book. Puckish humor, burnished imagination, and sheer delight in words, in telling, fill the tale of Sylvie, a princess who longs to have adventures before she gets married off. It has been a long time since anyone read the book where she, her family, and the rest of the characters dwell. Townley has it all worked out with energy and grace: characters rushing about to get in their proper positions when the book is opened; the sly humor of watching some grow into their personalities and others constricted by them. A young reader named Claire picks the book up because reading it aloud seems to ease her dying grandmother. In Claire’s dreams, Sylvie discovers other places besides her own story to explore, some beguiling, some terrifying. But as Claire grows up, she dreams less and less of her favorite book, especially after it is lost in a fire. Sylvie and the other characters must find other places to live among Claire’s forgotten memories, and they are led by a girl with Claire’s grandmother’s dark blue eyes. When Claire herself lies dying, her daughter who remembers the story, and writes it down so that Sylvie might live on. With inspiration from Lewis Carroll to The Truman Show and The Purple Rose of Cairo, Townley has created that most impossible thing: a book beloved from the first page. (Fiction. 10+)