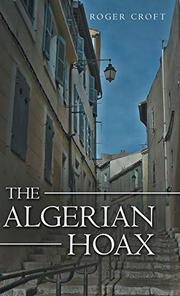 An MI6 operative finds himself suspected of treason in this latest installment of an espionage series.

MI6 looks to Michael Vaux, a seasoned agency veteran and retired journalist, for a freelance assignment. Operation Mascara puts Vaux in Marseille, France, where a terrorist cell is reputedly plotting to bomb a mosque that’s under construction in Algiers. He is awaiting contact from a mole within the cell. But unbeknown to Vaux, Department B3, an MI6 subgroup, has him under a “dark cloud of suspicion.” According to a source known as Tarboosh, Vaux is responsible for copious treasonous acts over a roughly 20-year period with MI6. B3 monitors him in Marseille with the hope that agents will uncover evidence of Vaux’s supposed alliance with the Syrian government. Complicating matters is B3’s deputy director, Alan Craw, who has a personal vendetta against Vaux and would be all too happy to see him imprisoned as a traitor. But Vaux has allies who are aware of what’s happening and feel obliged to warn him of a potential setup. He may have to decide between facing his accusers and simply disappearing. Croft wisely retains a straightforward plot as myriad characters and their mysterious or dubious allegiances propel the absorbing story. The recurring spy is appealing even if he’s oblivious to much of what’s going on. This does nevertheless amp up the tension, as readers know people are unquestionably gunning for Vaux. Chiseled prose engenders a consistent narrative momentum while occasionally lingering on quieter moments: “All regrets…dissipated into a benign cloud of well-being and, yes, optimism,” as Syria’s longtime honorary consul in Marseille “gazed through the large picture windows at the indigo blue of the becalmed Mediterranean.” The novel ends smashingly with a sharp, unexpected turn.

A taut, engrossing tale about spies and their dangerous webs of duplicity.