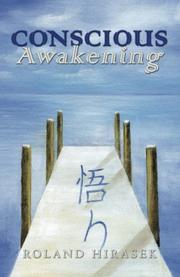 A disjointed exploration of paranormal phenomena and existentialism.

Debut author Hirasek switches from autobiographical recollections to semi-scholarly examinations of past-life regression hypnosis, the interpretation of dreams, numerology, ghosts, psychic powers, auras, reincarnation, near-death experiences, the seven chakras, different religions and their views of the afterlife, the law of attraction and other weighty topics—a sprawling approach, which makes the book difficult to follow. Despite the arguments’ loose organization around issues of meaning and purpose, they are further obscured by an idiosyncratic style of writing: “By then my understanding of it was understood, but not yet complete”; “The primordial question here we should all ask is, who or whom do we really listen to in systematic situations?”; “Dreams are intriguing but somewhat complicated in opinion.” Sometimes, the results are impenetrable: “Time loops consume an individual from his own awareness of time, which prevents him from living and coexisting in present presence; one that eventually becomes obscured and passingly fleeting in time.” Changes in tense within paragraphs and even within sentences—“You can feel it when you go to work, when you got to church, when you pay your taxes”—further impair readability. In the autobiographical section, the book’s strongest, Hirasek details his first encounter with a ghost in 1999 and a life-changing psychic reading following a particularly painful breakup in 2004. He also describes the immense pain he felt after losing a romantic relationship after only a month since he was convinced he knew and loved the woman in a previous life. Elsewhere, he asserts his belief that in past lives he was both a survivor of the Titanic and the Greek poet and playwright Aristophanes, among others. While skeptics may not be convinced by his arguments, adherents to these beliefs are likely to find these passages compelling. The other sections usually cover too broad a variety of topics, resulting in superficial examinations. Unsupported statements—e.g., “In 80 percent of cases, NDE [near-death experience] individuals who came back become more compassionate and are filled with a new outlook on life after death”—further weaken the book. The conclusion attempts to tie these threads together, but it’s too late to make a coherent whole.

A poorly organized collection of musings on a variety of consciousness-related topics.