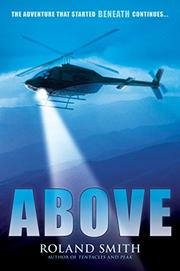 In this follow-up companion to Beneath (2015), three white teens who have escaped a cult that lives underground (literally) try to elude recapture and learn what the cult’s brilliant and tyrannical leader might be planning.

Born into the People of the Deep, Kate lived a privileged life until she defied Larry, the cult leader, and escaped in New York City. Trained to be a skilled Shadow, an expert at observation and trailing, Kate spots tails in Oregon. She splits up from Pat and his brother, Coop, and allows herself to be captured in order to spy on the group. Indeed, the cult members are aboveground and on the move, heading south in motor homes. Pat and Coop do their best to follow, teaming up with Alex, the Pod’s former Librarian, now traitor to the cult. For much of the book, the trio works to keep Kate and her captors in sight as they also try to evade the notice of the savvy cult members. Pat tries to keep the FBI informed, but Larry has plans that may defy all the might of the world. His scheme, when revealed, looks unstoppable and will devastate the modern world. Smith keeps suspense thumping and pages turning as he concocts his chase tale, slowly revealing the extent of Larry’s power, intellect, and evil intent. He writes alternating chapters from the points of view of Kate and Pat, dovetailing the story details nicely. Though the publisher recommends a middle-grade audience, this seems better suited for young teens.

Compulsive reading all the way to the end.