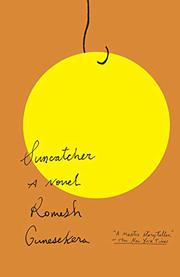 A young boy comes of age against a backdrop of class conflict and political unrest in 1960s Sri Lanka.

Gunesekera (Noontide Toll, 2014, etc.) sets his latest in Sri Lanka in 1964—then known as Ceylon—as uncertainty looms for the fledgling democracy and ethnic Sinhalese nationalism is on the rise. In the novel’s opening pages, narrator Kairo meets Jay, two boys riding their bikes in a church parking lot in the capital city of Colombo. Charismatic Jay challenges Kairo to a race, and the dynamic of their brief boyhood friendship is established: “I needed a guide, a hero, illumination,” Kairo explains. “Jay, I now know, needed an acolyte.” The middle-class son of a disillusioned socialist father in the Labour Department and a mother who works at Radio Ceylon, Kairo drifts in a dream world of pulp Western comics until he is swept into Jay’s glamorous orbit (the Gatsby echo must be intentional). Jay’s family home is grand enough to have a name, Casa Lihiniya; his mother, Sonya, drifts about in a caftan like a film star, and his uncle Elvin maintains a fleet of cars and runs a coconut estate in the countryside. Jay himself collects fish in tanks and birds in a backyard aviary. A vivid set piece takes the boys to Elvin’s estate, where a game of Cowboys and Indians, played with the son of an estate laborer, turns ugly and Kairo has his first intimations of class privilege: “I could see how easily [Jay] could slip into his uncle’s place one day: inherit this estate and loom over the shorter lives of less favoured people.” The story winds its unhurried way to a dramatic conclusion, although a subplot involving a girl who comes between the two friends never quite comes into focus.

A lyrical and evocative portrait of a Sri Lankan boyhood friendship and the life lessons that came with it.