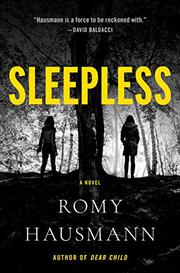 In present-day Germany, a woman burdened with the darkest of secrets from her brutal childhood becomes an unwitting participant in a fatal game of murder and deceit.

“You become normal by doing normal things,” Nadja Kulka’s therapist tells her, and for the most part the technique has worked. Nadja has a good job in the office of one of Berlin’s most successful lawyers and a secure if barren personal life. “I’m the woman who sits at the open window of her kitchen when she sees that her neighbour has friends over again on a Saturday night,” she explains. Social gatherings cause Nadja acute anxiety, and when the novel opens, she is in the grip of a panic attack that causes her to faint at a gas station and then to flee back onto the motorway, fearing that onlookers may have called the police. But why? And why is she wearing a blond wig? In this feverish, relentlessly tense novel, the answers to those and many other questions lie tangentially in Nadja’s past—to which the narrative cyclically returns—but more immediately in a sudden act of violence into which she is cruelly drawn. As dastardly events unfold, we are kept on edge not only by the author’s initially skillful evocation of Nadja’s troubled consciousness, but also by the novel’s restless shuttling between past and present. The eventual cinching together of near and distant events is clumsily handled, however, and the denouement utterly overwrought. A parallel plot involves the yearnings of a young woman who longs to escape her hometown backwater, embarks on an affair with a married visitor to her family’s inn, and pays a terrible price for her longings. Rather than enriching the novel, however, this drama, though potentially engrossing, seems more like a distraction.