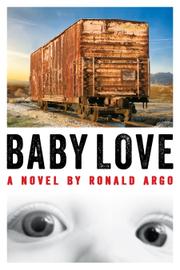 In Argo’s (Year of the Monkey, 1989, etc.) latest tale, a hard-nosed reporter tries to track down the story behind the murder of some undocumented immigrants.

In this series installment, the author, a former investigative journalist, takes on international baby smuggling. Reporter Myers is working on a fluff piece in the California desert when he and his photographer stumble upon a grisly scene: several undocumented immigrants dead in a locked train car, with another brutally stabbed outside it. The photographer alerts Myers to the diaper bags he finds in the train car, but there are no babies to be seen. Myers begins to dig into the story, annoying his managing editor, who’s still waiting for Myers’ “desert floral piece for Sunday’s Currents section.” (“It was absurd; the man was a child,” thinks Myers.) Still, he continues his research as he looks for answers. Meanwhile, waitress Maggie Frazier has created an alter ego, “Sylvia Fischer,” which she uses to sell smuggled babies to desperate couples. She plans to use her sales commissions to start an orphanage with her father, who’s haunted by his long-ago service in Vietnam. The fact of the missing babies poses a serious problem that threatens Maggie’s deals, however, and she fears the violent smuggling syndicate. Argo richly fleshes out his characters, and they show plenty of heart: Maggie, for example, thinks that she “couldn’t have her father’s faith in her slipping further down the bottle.” Most of the story’s players are revolting specimens of humanity, but they’re also highly entertaining and realistic. The author’s keen sense of time keeps readers engaged in the story, although sometimes the scene changes can be a bit jarring, and the typos littered throughout the tale can be distracting. That said, readers will enjoy the huge, unexpected plot twists.

An engaging mystery that delves into the visceral greed that drives human behavior.