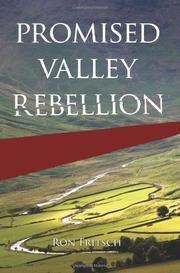 Fritsch’s debut novel is a Paleolithic adventure in the manner of Jean Auel.

The story is very likely as old as human civilization: a younger generation comes of age, feels frustrated by its elders and rebels, bringing conflict, debate and even violence. The author gives readers little in the way of precise historical details about Promised Valley and its people: there are farmers, city dwellers and a court ruled by a royal family and run by bureaucratic tellers, but the events could be taking place almost anywhere in the world, in virtually any of the first few million years that followed the opening of the Pleistocene. This narrative imprecision is part of the point: when Tall Oak, the king, forbids his heir Morning Sun to marry the daughter of a farmer—and when this decision brings division and violence to his kingdom—the story encourages the reader to ponder the universal elements of the tale (the character names encourage the same thing, although after 100 pages of Spring Rain, Green Field and Noon Breeze, readers may want a quick-reference character list, which the book sadly lacks). In other hands, this could result in some quite dreary reading, but Fritsch again and again saves his parable by granting his characters an easy, unforced humanity that is instantly inviting. His people may have generic names, but they sound like individuals, and that makes all the difference. At one point, Blue Sky talks about how lucky two of his friends are not to be royalty: “Anybody who isn’t the prince should be glad he isn’t,” he says. “Someday Morning Sun will have to order people killed. Valley Defender and Solemn Promise won’t. We won’t.” Moments like that are plentiful, and they make the story memorable.