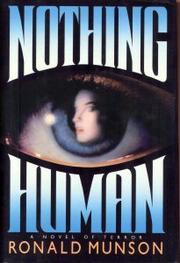 Here's an unusual fiction debut: a formulaic but tight and swift serial-killer thriller—by a professor of philosophy of science and medicine (at the Univ. of Missouri). Munson's background, which also includes teaching at Harvard Medical School's Dept. of Psychiatry, shows in his rich display of forensic detail and in his careful construction of the bent mind of the killer, John Haack. Calling himself ``the Jaguar,'' and believing himself some sort of Mayan god, Haack, a formerly abused child now working in a Cambridge bookstore, has been terrorizing that town by stalking young women, then scattering their headless corpses. Leading the hunt for Haack is Lieutenant Eric Firecaster, an appealingly thoughtful hero who once studied philosophy at Harvard, while caught between the two is Haack's unwitting next mark, Jill Brenner, a free-lance journalist who, like the killer's past victims, patronizes his bookstore. After Haack begins toying with Jill—following her, breaking into her apartment—she goes to the cops and meets Firecaster, who immediately falls for her (the feeling is mutual) and pegs her as a likely Jaguar target. But Firecaster isn't around to protect Jill when Haack smuggles an apparently deadly snake into her bedroom, or comes after her at Firecaster's house—two suspenseful attacks that Jill escapes by dint of her refreshingly resilient wits. A would-be suitor of Jill's fares less well when a jealous Jaguar kidnaps him to his lair beneath an abandoned hospital wing, to torture and kill; the same lair provides the spookily gothic setting for a long, tense climax as Haack, disguised as a character from Dune, lures Jill out of an sf convention she's covering—with Firecaster in close pursuit.... Lacks the psychological depth of, say, Thomas Harris, but vivid characters and a hurtling plotline add up to sleek and sure escapist entertainment, just right for its beach-time publication date.