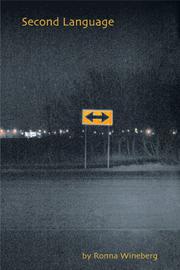 Middle-class couples with children weather storms—or don’t—in Wineberg’s debut collection. The majority of these stories illuminate a mature relationship in which one or both partners are afflicted by crisis—illness, adultery, differing ideologies. The adults tend to be employed in solid professions—lawyers, professors, psychologists—and the children come in pairs. Cancer occurs quite often. “A Crossing” is the account of a doctor, Alice, adjusting to the discovery of a malignant lump in her breast. In both the title story and “Bad News,” the mother of the central character is seriously ill, with the possibility of death signaling a transition into adulthood. This awareness of being on the cusp of something life-altering is characteristic of Wineberg’s short fiction. She gravitates to moments of awakening. Many of the stories are written from the female point of view and several speak of a relationship in which a period of subservience is approaching the tipping point. In “The Piano,” an unassertive wife finally buys the instrument she always wanted and endures her husband’s disapproval. In “After We Went South,” the wife who doesn’t want her husband to leave, despite his involvement with a model, chooses to reject him when he tries to return. In “Verse of the Han,” a similar woman gives her errant husband a second chance, until she decides to leave him. As the stories accumulate, it becomes harder to differentiate among these more or less compliant women.

Wineberg brings empathy to these scenarios, and her simple, direct style has emotional veracity, but the volume as a whole shows patterns of repetition and a banality of observation.