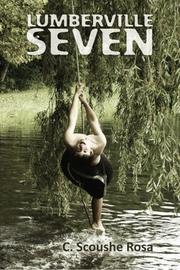 A story of coming-of-age, of nurturing and of the fact that it does indeed take a village to raise a child. Or to raise seven of them, for that matter.

Novelist Rosa (Reflections on a Stone, 2011, etc.) takes Lumberville, Penn., on the Delaware River, and peoples it with very memorable characters in the early 20th century. Angelo Giusto, though only 9, is the oldest of the seven orphaned Giustos who have been scattered from Brooklyn to orphanages far and wide. He plans to find all his siblings and make the family whole again. At the outset, he becomes the protector of a little African-American orphan boy, James Houston, who is picked on mercilessly. Fearless Angelo becomes James’ hero. Hearing that two of the Giusto brothers have been sent to Kansas, Angelo and James resolve to get there somehow and bring them back. But they get only as far as Lumberville, the village that welcomes and nurtures them. The main characters are Angelo and Penny Brown, a woman who has lost her only child and whose callow husband has run off. Penny, like Angelo, is tough, resourceful, and relentlessly optimistic. Civil War veteran and amputee Zeke Thompson comes out of a previous Rosa novel (Zeke Thompson, American Hero, 2011) to oversee the boys’ upbringing and is ably assisted by the ingenious and perceptive Frank Martin, a man with a mysterious past. Lumberville is an idyllic place, and the reader is reminded of Tom Sawyer’s Missouri village, or Mayberry, RFD. But there are real toads in this garden, and the good guys—just as protective of the children as Angelo is of James—find and root them out. Rosa is a gifted storyteller who makes hardly a misstep. And at 500 pages, she does not stint. An afterword tells us just who in Rosa’s real life inspired these characters. And for those who like a Dickensian sweep, the novel ends with a grand retrospective of what the Giusto kids, all grown up, have made of their lives as the midcentury nears.

Reminiscent of one of those wonderful 19th-century doorstop novels.