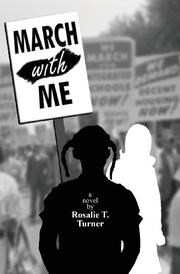 In Turner’s (Freedom Bound, 2006) latest novel, two girls—one black, one white—grow up on opposite sides of Birmingham’s racial divide, though they achieve reconciliation as adults.

Teenagers Letitia and Martha Ann face the usual perils of adolescence, as well as the particular challenges of growing up in Alabama during the turbulent years of the civil rights movement. Martha Ann’s middle-class household, where an African-American woman comes to clean twice a week, is less stable than it appears, as her father’s violent outbursts and her mother’s timid acquiescence are a constant source of tension. Martha Ann knows little about Letitia, the cleaning woman's daughter, but Letitia is always aware of the other family her mother serves, and comes to resent the unequal relationship. Letitia and her siblings join the youth of Birmingham in marching and protesting, but her enthusiasm for the movement battles with her fear of violence and parental pressure. Martha Ann rejects her father's outright racism, but her views on integration progress slowly. The first half of the book focuses on the events of 1963, including notable events like the bombing of the 16th Street Baptist Church on Sept. 15 (notably, the 50th anniversary of the bombing is this year), while the second half flits through the next decade, as the two girls graduate from high school, finish college and end up teaching at the same school. Letitia's resentment of Martha Ann continues into adulthood, and the two have little contact until they are trapped in the wreckage of a tornado and must cooperate in order to escape. Turner tells an engaging story, with memorable supporting characters—Mama Lucy, Mae and Connie, among others—adding depth to the parallel histories of the two girls. While the dialogue at times veers toward too much explanation of some of the background and rationale for the civil rights movement and its tactics, the author shines in other conversations, particularly as Letitia tells Martha Ann about the subtler forms of racism that shaped their lives both before and after segregation.

A solid, timely novel of Alabama’s battle over integration and its aftermath, told through the parallel adolescences of two characters.

WE'VE GOT A JOB
by Cynthia Y. Levinson
Children