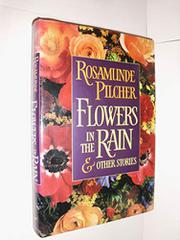 FLOWERS IN THE RAIN

A second story collection by the British author of such runaway hits as The Shell Seekers and September, full of what can only be called quintessential women's magazine fiction, featuring tales for every major holiday, heroines straight out of the Laura Ashley catalogue, lots of National Trust properties in the background, comfortingly predictable endings, plenty of romance and even more sentimentality. Most conspicuous here are the shafted British thirtysomething female stories, like ``The Blackberry Day.'' In it, Claudia returns to the village in Scotland where she grew up only to read in the paper that the London businessman she's been dating has up and married someone else; fortunately, she reads this tidbit in the company of her old friend Magnus, whom she's just beginning to see with new eyes. Then there are Pilcher's studies of very recognizable dilemmas: the compromises required in marriage, as in ``Playing a Round with Love,'' with its much too easy, darling- we're-having-a-baby ending; connubial love in the golden years, rekindled in the ``The Watershed'' on the occasion of a 30th wedding-anniversary party; children hanging tough in the wake of a parent's death, as 12-year-old William does in ``The Dolls House''; and still more romance, typically between simple but ruggedly handsome farm managers and the princess-like daughters at the big house. Pilcher fans will doubtless go all atremble—even though her novels are much more satisfying than these unresolved stories. Others will find them platitudinous, obvious, and, in terms of scope and variety, a little like another article on 15 great ways to cook chicken.