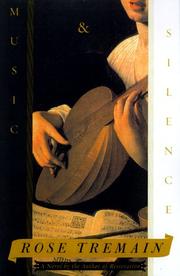 Versatile British author Tremain's eighth novel (after The Way I Found Her, 1998) is the stuff of which fairy-tales are spun, though it also exhibits a compelling psychological and moral density.

The tale begins in 1629 as Peter Claire, a young English "lutenist'' who’s been summoned to the court of King Christian IV, arrives in Denmark to become the newest member of the royal orchestra. Then, in a skillfully presented array of increasingly interlocking narratives (each keyed to a different character's consciousness), Tremain explores a considerable range of human responses to, and involvements with, the overt expressiveness of "music'' and the "silence'' that pervades hearts and minds given to introversion and secrecy. The tale of Christian's embattled boyhood and sudden ascension to the throne—a sort of Hans Christian Andersen fable of a mind eagerly expanding, then possessively contracting— brilliantly dramatizes a hungry spirit's resolute perfectionism. The "confessions'' of Christian's adulterous consort Kirsten (petulantly recorded in her "private papers'') vividly portrays an antic superego that thrives on selfindulgence and subterfuge. And the parallel tale of the love between Peter Claire and Kirsten's favorite handmaiden, Emilia, who’s also been traumatized by a complex legacy of intrigue and lust—ironically echoes the royal drama to which it is gradually, ingeniously linked. Not all the connections here work quite so effectively (the story of Danishborn Countess O'Fingal, for example, whose Irish husband is destroyed by his obsession with a heavenly melody heard only in his dreams feels redundant and contrived). But Tremain's deepening characterization of King Christian—both as an incarnation of acquisitiveness who believes in his own divine right, and a sensitive seeker of higher things—is masterly and, ultimately, very moving.

Tremain studied with the late Angus Wilson, and the influence of his fertile imagination has clearly helped shape, and energize, her own. Music & Silence may be her best yet.