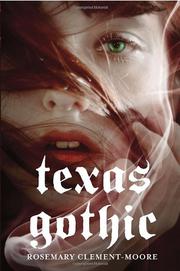 A pragmatic heroine must confront her magical side to save the day, find the ghost, win the boy and corral the goats.

You can't get much more Nancy Drew than intrepid Texan heroines uncovering a mystery involving ranchers, Spanish ghosts, vandalized archaeological digs and lumps of gold. The summer after high school, Amy Goodnight is taking care of Aunt Hyacinth's herb farm. Unlike the rest of the Goodnights—witches or psychics all—Amy intends to succeed in the mundane world. She protects her family of eccentrics, making sure that outsiders see Amy's sister Phin as a whiz with physics and chemistry, rather than a genius with the potions and spells of preternatural science. Meanwhile, Amy spars with cranky young rancher Ben, whose land entirely surrounds Aunt Hyacinth's tiny farm. Amy first meets Ben while she's chasing escaped goats and wearing nothing but cherry-spotted undies and rubber boots: an introduction worthy of the best contemporary adult romance. Before their heated arguments can turn to something more, Amy and Ben had better solve the mystery of The Mad Monk of McCulloch Ranch, who's been conking people over the head. As if that weren't complicated enough, Amy does see a ghost; is he the Mad Monk?