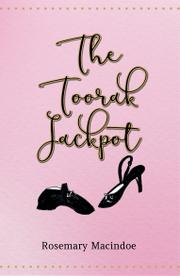 A debut farcical novel chronicles an Australian’s sudden ascent to fame and riches.

Bert Smith, an award-winning shoe salesman, largely lives an ordinary life. Despondent after his wife leaves him, he’s suddenly informed that he’s poised to receive a substantial inheritance from a mysterious benefactor. An attorney, Oswald Eggbottom, tells Bert that he’s been chosen, for reasons that remain unclear, to receive $10 million and an opulent palace in Toorak, one of the toniest neighborhoods in Melbourne. He’s also given a share of a generous portfolio of financial assets and access to a broker to manage his new holdings. But there’s a catch: he’s obligated to introduce himself to everyone he meets as a Toorak prince. Bert leaps at the opportunity, quits his job, and begins his life of royal leisure. Despite his overnight affluence, he’s determined to become even richer and aggressively sets his sights on reaching a net worth of a billion dollars. He briefly becomes a television celebrity—although his fame is largely a source of humiliation—and desperately pursues a romantic partner with whom to share his windfall. But Bert flounders without a sense of daily purpose and feels stung by his lonesomeness. He suffers from an addiction to alcohol and ends up jeopardizing his fortune through recklessness borne of avarice. Macindoe clearly intends this book to be a satire as evidenced by the plainly absurd and generally unexplained premise that underwrites the entire plot. Most of the short work is devoted to detailing Bert’s daily meanderings: he (inexplicably) saves a woman having a heart attack with CPR and then romantically pursues her beautiful daughter. The writing is simple, almost childlike, and the plot often seems constructed for a YA audience as a result. The author displays a penchant for whimsical inventiveness and ably creates a fablelike atmosphere. The novel also reads like a parable of sorts, but it’s never entirely clear what lesson the author means to impart. Macindoe fashions some raucously funny scenes but not enough to compensate for the paucity of narrative substance.