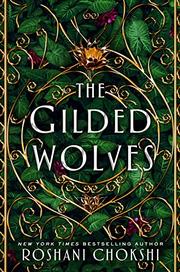 From the Gilded Wolves series, volume 1

The backdrop is 1889 Paris, just weeks before the Exposition Universelle. Forging is a divine art, believed to emanate from the broken fragments of the Tower of Babel. The French faction of the Order of Babel, which is currently in charge of protecting the West’s Babel Fragment, now consists of only two Houses after one House fell and another died without an heir. Séverin Montagnet-Alarie, infamous thief and hotelier, half-French and half–North African, is the rejected heir of the dead House Vanth who longs to claim his inheritance. Hypnos, the dark-skinned, blue-eyed son of a Martiniquan mother and French aristocrat father, is the patriarch of House Nyx and Séverin’s childhood rival. He offers to help fulfill Séverin’s desire if Séverin retrieves a Horus Eye, an artifact which can reveal the location of a Babel fragment. To accomplish his mission, Séverin enlists the help of his closest allies—his brother Tristan, a landscape artist; bisexual Enrique, a half-Filipino, half-Spanish historian; Zofia, a Polish-Jewish engineer; and Laila, an Asian Indian dancer. Readers will be fascinated by each cast member’s unique background and personal motives. Chokshi (Star-Touched Stories, 2018, etc.) creatively reimagines history, weaving fantastical elements with symbology and broadening the scope of her narrative by integrating multiethnic worldviews.

An opulent heist adventure that will leave readers voracious for more.