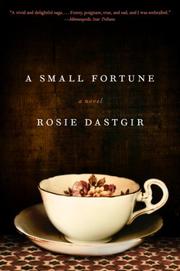 A rambling, good-natured consideration of Pakistani immigrants to England and their evolution into Eastern Westerners.

Dastgir’s affable debut moves out in branches, like the extended families explored in her somewhat formless story. Its central character is Pakistan-born Harris (originally the less pronounceable Haaris), whose marriage to an English woman has ended in divorce and whose ever-worsening money troubles have forced him to leave the comfortable southeast of England for the poorer north, where he runs a convenience store. The divorce settlement’s lump sum could make a difference, but bad health forces Harris to rely on a local relative, leaving him deeper in his financial mess. And there’s worse: Harris is compromised by his inability to help a needy relative in Pakistan; he’s become involved with an attractive, independent widow; and his daughter, who has dropped out of her medical studies, seems to have a live-in boyfriend. Peripheral characters—wily entrepreneurs; a servant of Islam who falls under the influence of a dubious imam—add further facets and some clichés to the composite portrait of immigrant life, but ineffectual Harris’ seemingly inexorable decline is the main topic, until averted by younger family influences.

Although wryly insightful, Dastgir’s consideration of the immigrant community could use a little grit to balance the benign charm.