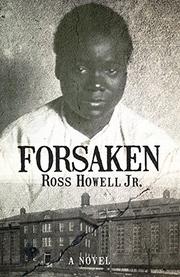 After a 16-year-old black girl is convicted of killing her employer in 1912 Virginia, a young white journalist becomes embroiled in the aftermath.

Howell uses the real-life story of Virginia Christian as the basis for his debut novel, which is told from the perspective of Charlie Mears, the reporter assigned to cover her story. After a white woman, Ida Belote, is found beaten and dead, an all-white jury quickly finds her “washwoman,” Virgie, guilty of the murder, despite serious ambiguity about what transpired. It’s clear from the start that Virgie doesn’t understand the direness of her situation. “Daddy gone come, fetch me out of here?” she asks Charlie the first time he goes to the jail to interview her. “It’s best not to talk,” he warns her. “Not to anybody but your lawyer.” The “white savior” who swoops in to rescue people of color is a trope well past its expiration date, and readers may feel that Charlie’s seemingly inherent goodness (what reporter would tell an interviewee not to talk?) edges the narrative a bit too much in that direction. But it’s Charlie’s inability to effect change, not any heroic action, which drives the story. Indeed, the novel works best after the trial has ended, when Charlie is forced to decide how to make his way forward as a civil rights–minded writer. At times Howell gets bogged down in historical detail, and Charlie’s burgeoning romance with one of Ida Belote’s daughters plays out predictably. Regardless, Howell knows how to hold readers’ attention, and Christian’s story is an important reminder of the horrors of Jim Crow: she was the only female juvenile ever executed in Virginia, dying in the electric chair a day after her 17th birthday.

A fast-paced if uneven depiction of racial injustice in the segregated South.