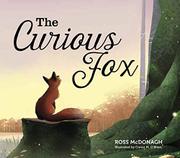 A young fox wonders how he can discover what makes him unique in this big world.

After Fox wakes up he asks himself, “I wonder if I have a feature / that sets me ’part from other creatures?” Leaving his mother asleep in their den, he decides to find out. Fox recalls that whenever he has had any problem his first instinct is to sniff the problem out. He figures it must be his nose that makes him special, until he meets a hog with such a spectacular nose his own seems puny in comparison. The kindly hog agrees his nose is useful, but he yearns for a longer neck—rather like Fox’s. Encouraged, Fox continues feeling good about his neck until he meets…a giraffe! The story continues with Fox meeting creature after creature, all of which have better attributes than he. Tail down, he goes home and tells mother, “This day has been the worstest ever!” Mammy Fox consoles him but also guides him to understand how his remarkable journey has taught him important life lessons. McDonagh’s gentle rhyming couplets weave a sense of warmth into this Irish import, which is longer than what many North American readers will be accustomed to, frequently offering eight four-line stanzas in a double-page spread. O’Brien’s evocative illustrations balance the tone of the text. Young readers who wonder about their own individuality will easily identify with Fox’s quest.