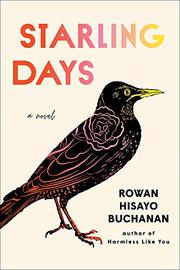 Depression, like other psychiatric conditions, is often treated as a personal failure, a refusal to pull oneself together and do what’s needed.

Oscar is at his wit’s end. Although he and Mina have been together for 10 years, the deterioration of his wife’s mental health has left him baffled. On the surface everything is fine: They finally married six months ago, and while Mina’s academic career is floundering, he has a decent job working with his dad. What’s more, they have a nice-enough Manhattan apartment and plenty of friends. Why, then, did Mina gulp a handful of pills on their wedding night? And why, barely six months later, did police remove her from a ledge on the George Washington Bridge? As Oscar grapples with his wife’s ostensible death wish, he is offered a chance to work in London for a few months. Thinking that a change of scene will benefit Mina, the pair upend their lives, sublet their NYC apartment, and move. Not surprisingly, their troubles follow them across the Atlantic, and when Oscar is summoned back to the U.S. for an emergency business meeting, he is forced to leave Mina alone; although a phone app is supposed to track her movements, it doesn’t. What follows is a gripping, tender, and unsettling look at mental illness. Mina’s impulsiveness and obsessive behaviors, seemingly illogical, are sympathetically drawn. So, too, is Oscar’s desire to run head-on into more stable surroundings, far from depressive disorders and suicidal ideation. Poetic and understated, this nuanced work by Buchanan (Harmless Like You, 2017) also addresses adult-child relationships, the legacy of family trauma, and the challenge of offering unconditional love.