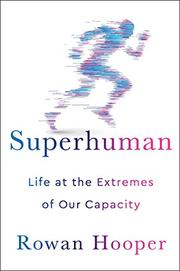 Life at the Extremes of Our Capacity

Not everyone has superpowers, writes the author, “but we do have a greater capacity than we realize. We have hidden depths.” We can train ourselves to do and think better, and though the nature-vs.-nurture debate still rages, there’s plenty of evidence in this book to suggest that efforts at self-improvement can pay off in rewards of a sometimes-surprising kind. Consider Emil Krebs, a German diplomat who really did master 65 languages, acquiring a good working knowledge of the proverbially difficult Armenian language in just two weeks. As Hooper notes, when Krebs' brain was dissected, his family having helpfully provided his body to science after his death, it was found that the very architecture of his Broca’s area was different from that of ordinary humans. “So his brain was different—as well it might be. He was different,” writes Hooper, with less explanatory power than one might wish. Indeed, the author seldom goes deep, preferring to skim across a broad field that takes in such matters as sleep and the “monophasic tyranny” that pushes us to conceive of the eight-hour block as the ideal; the curiosity that groups such as the Amish and Cretan mountaineers eat animal fat by the tray and aren’t felled by heart attacks like the rest of the world; and IQ, which is an admittedly imperfect instrument for measuring all aspects of intelligence but at least is an instrument—"if we refuse to reduce complex things to numbers, we can’t investigate them scientifically.” A little less flitting from subject to subject would have made this a neater study, though to cover as much ground in depth would take a book 10 times as long.

An intriguing though surface-level look at some of the things that make us human—and more.