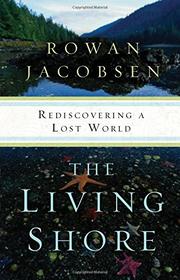 Jacobsen (Fruitless Fall: The Collapse of the Honey Bee and the Coming Agricultural Crisis, 2008, etc.) presents a science-rich yet lambent investigation into the fate of the Olympia oyster.

The Olympia’s story is another woeful cautionary tale that humans seem incapable of digesting. Though a rather delicate, slow-growing, high-maintenance creature, the Oly (rhymes with holy) once occupied huge swaths of the intertidal zone from California to Alaska. Its “coppery, smoked-mushroom sweetness” was prized by oyster-lovers across the country. Around the time of the gold rush in California, the first major dent in the oyster populations was recorded. The onslaught of overharvesting and habitat destruction—mostly through pollution, though episodes of freak weather also took a toll—nearly wiped out the entire population. Jacobsen is an artful storyteller, giving the oyster’s story an aching bite. He is also a fine explicator, drawing clearly the pivotal role of the oyster in estuarine health, wherein “oysters are ecosystem engineers” that transform “estuaries from algae factories into the most productive protein factories on earth.” With a small band of researchers—including a member of the Nature Conservancy, which has made the gratifying switch from buying up last great places to preserving ancient, functioning habitats, “maps to the world in its becoming”—Jacobsen took a field trip to Vancouver Island to find patches of Oly that could be used as guides to restoration projects. The author ruminates on some fascinating ideas, from prehistoric clam gardens to the role of shellfish in tool-making to the shoreline-based theory of human origins, which holds that inhabitants of the coast benefited from the easy harvest of brain-enriching fish and shellfish.

Lovely science writing, and a smart look into where the work of ecological restoration is headed. For oyster-eating and other specifics, see the author’s James Beard award winner, A Geography of Oysters (2007).