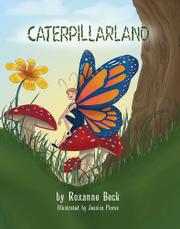 A butterfly gets sidetracked while heading south for the winter in this debut children’s adventure story by Beck and debut illustrator Flores.

Monique, a monarch butterfly, is traveling from Maine to Mexico with her flock, as they do every winter.  Along the way, she meets some unfriendly, human butterfly hunters, so she hides in a dark, dank cave. In this cave is a place called Wormland, where hundreds of caterpillars of all species work long hours spinning silk for an evil death’s-head moth queen named Martha. They’ve been brainwashed and drugged so that they never turn into butterflies, but one of them, a junior high school student named Charley, begins to shed his skin in the middle of class one day. He’s targeted as a “contagious” worm, and Monique helps him escape the queen’s incompetent cockroach guards during her own quest to find the “Outside World.” Along the way, they contend with suspicious spiders, fearsome bats, kindly owls, and the queen’s ambitious son, Edgar. It’s no surprise to learn that this book started out as a screenplay, as noted in the author bio; it has the pacing and tropes of a PG-rated action movie with a sassy female lead and a closing scene that’s sealed with a kiss. Each chapter header is adorned with bright, digitally rendered illustrations by Flores, who chooses to draw the insect characters with humanoid heads and features. There’s some acknowledgement of the life cycle of caterpillars and the workings of nature, but for the most part, Beck plants the story firmly in the realm of fantasy. Parents and teachers should be aware, however, that the story features minor-character death, enslavement, ugliness portrayed as a cause of evil, and the use of some questionable language, such as the term “wench.”