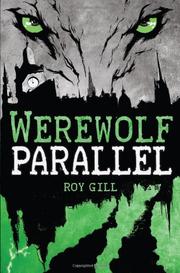 From the Daemon Parallel series, volume 2

The separate worlds—and the Parallel between—face a threat that Cameron and his friends must stop in this Scottish import.

A pre-prologue exposition explains how a conspiracy attempted to separate the Human and Daemon worlds, achieving only partial separation and instead creating a gap between worlds. That gap—the Parallel—allows only the descendants of the World Split conspirators who caused it to travel between worlds. After a prologue, readers encounter Cameron and his friends from Daemon Parallel (2012)—werewolf Morgan and Eve, the young ex-Daemon servant who was prematurely aged to adulthood when her ex-mistress stole her body—running Cameron’s evil grandmother’s business. Dr Black arrives with a large, lumpy Mr Grey and a convincing legal claim on the business that sends the young heroes to the Parallel’s Court, where, unless they can prove Cameron’s dead grandmother still lives, they’ll lose everything. The wild plot involves mythological figures, deals forged on technicalities and the revelation that their adversaries have a bigger goal than the business. The madcap world is grounded by the relationships among characters as well as their struggles to fit into any world; newly minted werewolf Cameron’s wolf-longings and the disjuncture between Eve’s chronological and physical ages especially stand out. The villain goes from gross to terrifying, and the heroes end up making a bittersweet sacrifice that will leave readers demanding a continuation.