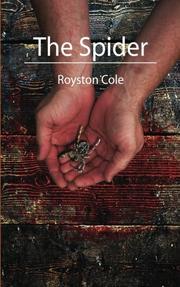 Cole’s darkly humorous novella follows burned-out rock ’n’ roller Clifford as he cares for his abusive, mentally ill wife, Suzie, over the course of a day, years after his big shot at fame has passed.

Clifford loves his wife. It’s the only explanation for his staying with her in their dreary English home, trying to make sure she gets her meds and attempting to coax her former radiant self back into the open while she screams at him and tries to kill the neighbor’s dog with a brick. They met when she followed his band from gig to gig—a band she convinced him to leave when the record contract came and undersold his role in the songwriting. She’s obsessed with deceased Queen singer Freddie Mercury; she and Cliff had been regulars at a Queen tribute festival until a year before the action of the novella takes place. Her behavior at last year’s festival might bar them from attending again, though. When Bev, a new festival organizer, shows up at their door to talk to them about going, past behavior and a jealous streak intersect to create an awkward situation. Cole takes advantage of Clifford’s comic possibilities in this literary fiction with a surprising twist at the end. Clifford may be depressed and crusty, but he’s also a loving, doting husband coping with his own needs in a relationship that could charitably be described as distant. (One scene in particular stands out: Clifford at a news agent, attempting to obtain some questionable reading material in the presence of a candy-obsessed priest.) But Clifford is also the only character in the story with any real depth, though this quick read is so short and linear that it’s not much of a problem. The young Suzie makes an appearance as Clifford daydreams of a happier past, but in the present, she’s one-note as she yells at Clifford and eventually Bev. She comes across as dangerous and paranoid, but there’s little underpinning her rancor. In some cases, Cole goes for style over clarity, as in the critical opening scene, for example, in which Clifford prepares Suzie’s pills—although the coy narration won’t admit as much.

A bit rough but generally entertaining. At 105 pages, it’s worth a quick read.