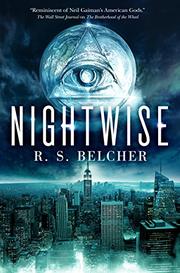 Belcher takes a break from occult Westerns (Shotgun Arcana, 2014, etc.) with this blood-soaked contemporary urban fantasy featuring a gray-hat protagonist cut from the mold of John Constantine and Sandman Slim.

Laytham Ballard’s granny intended him to be a Wisdom, a magic user who draws strength from his unity with nature and employs it to help and heal. But his great abilities led him to darker places, toward painful bargains with some unsavory entities and the use of his power for less noble purposes. Boj, an old friend and partner in crime, asks Ballard to fulfill his dying wish: to go after Dusan Slorzack, a magically gifted Serbian war criminal who murdered Boj's wife years ago. But Slorzack has vanished utterly, and the path to revenge is littered with corpses, old and new enemies, dangerous deities, and a previously unknown source of magic. The tough, ethically dubious magician/detective/grifter is a popular trope, but Belcher takes it to depths that readers may not have encountered before. Ballard is an incredibly ruthless, vicious operator who doesn’t hesitate to use the few people who still care about him. Protagonists of this sort often destroy innocent bystanders by accident, but Ballard will deliberately use innocent bystanders as a shield or scapegoat to escape during a crisis. He feels guilty, even tormented, about such acts (or at least, that’s what he tells us), but that doesn’t stop him from committing them over and over again. As he explains, Ballard has literally bargained away pieces of his soul, with visceral consequences that most authors aren’t brave enough to show. There’s evidence that there may still be some good in him, but it certainly struggles to surface most of the time.

Another fine effort from Belcher, ripped from a dark, dark place.