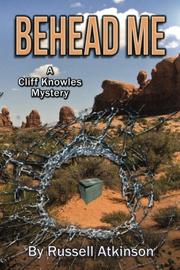 From the The Cliff Knowles Mysteries series, volume 6

Cliff has traded in his badge for a quieter position as a licensed private investigator, and he hopes to settle down to a relatively normal life in California with his beloved wife, Ellen Kennedy, still an active FBI agent, and their infant son. He’s soon contacted by Silicon Valley company Advanced Photolithics, or APL which makes equipment for computer chip manufacturers. Business has been bad lately, and API executives fear that someone has stolen their proprietary drawings and is now undercutting their prices for replacement parts. But a murder may also be in the mix, as Cliff discovers that an employee for Belcher Industries, an API vendor in rural Utah, might have had information that led to his mysterious death. Cliff investigates in Utah with the help of his old friend, retired agent Tim Rothman, and soon winds up in danger himself. Ellen and her partner also get involved in the case; a side plot has Ellen performing a background check on a woman seeking to get a pardon for a decades-old crime, and it turns out that the woman had once attacked Cliff in a drunken rage. This second storyline is well-written but doesn’t fit in with the rest of the tale, even on a thematic level. Later, in a thrilling car chase, Cliff and Ellen go after one of the book’s most dangerous villains; however, Atkinson barely describes another important baddie, despite the fact that the person is the ringleader of the entire affair. The story as a whole is fast-moving and snappily plotted, and it includes some especially tense sequences, such as when Cliff evades a killer in the scorching Nevada desert. Atkinson deserves credit for taking a dry premise for a mystery—the stolen goods are, after all, drawings of gaskets and valves—and creating an enjoyable story.

An often engaging mystery from an author who will hopefully provide further series installments.