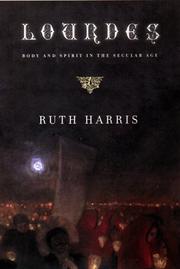 Body and Spirit in the Secular Age

An exhaustive history of the most famous shrine in the Catholic world, carefully researched and skillfully narrated by Oxford historian Harris (Murders and Madness, not reviewed), who sees Lourdes as a stumbling block to 19th-century positivism. One of the most remarkable aspects of Lourdes is the fascination it has always exerted over nonbelievers who cannot accept the tenets of Catholicism but are nevertheless unable to dismiss the evidence of supernatural intervention the shrine presents. Here Harris follows in the tradition of the Viennese Jew Franz Werfel, whose Song of Bernadette made the shrine known throughout the world. But Harris writes from the perspective of historian rather than novelist, and her concern is to show that modern historiography, which has tended to view the development of Lourdes as a rear-guard attack upon the secularization of France, is misguided. In the first place, as she points out, the Catholic hierarchy of the time was most reluctant to lend credence to the veracity of Bernadette’s apparitions and found itself at nearly as great a loss as the secular authorities in dealing with the overwhelming popular response to the visions and the earliest cures. Moreover, the Church’s establishment of a Medical Board at the shrine to evaluate claims of miraculous healing was itself a major concession to the authority of secular science, rather than a rejection of it. Harris ultimately concludes that the growth of the cult of Lourdes was too immediate and far-reaching to have been the result of political or clerical orchestration and can only be explained as the sudden outlet of social aspirations that could not find release in either the Church or the bourgeois republic that was then being formed out of the Revolution’s legacy. An interesting revisionist interpretation that, unfortunately, promises more than it delivers: Harris does an excellent job of knocking down the assumptions of the 19th-century positivists but doesn—t build much in their stead. (70 b&w illus.)