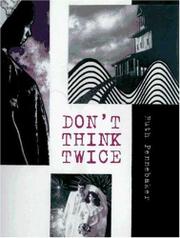 A darkly funny, intensely affecting coming-of-age novel set in a home for unwed mothers in Texas, 1967. Anne, 17, is an intelligent young woman, swept away by first love for the baby's father, a love that is not requited. In her first weeks at the home, hers is an unfocused anger: ``I read A Streetcar Named Desire last year,'' she tells readers in the first-person, present-tense narrative, ``because the school district banned it and I wanted to stick up for the Constitution.'' At the novel's end, she has matured from such childish rebellion to adulthood, and can play hardball when she must, refusing to sign adoption papers until she's allowed to hold her newborn. The ``happy'' resolution Anne wanted initially isn't possible—she can't give birth and jettison all memory of the baby—but another, more courageous, outcome is. Anne has broken through to a larger reality than her peers or family can envision; readers will know that she is a survivor who is tough yet capable of tenderness and humor, and they will love her. Pennebaker's masterful first novel depicts a time when to be pregnant and unmarried was to be ostracized, but it makes Anne's concerns no less applicable today; the strength and truthfulness of all the characterizations as well as the scope of their issues give this debut a resounding timeliness. (Fiction. 12+)