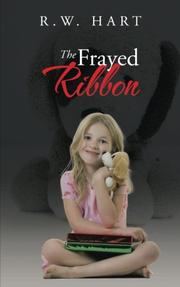 Hart goes straight for the heartstrings in his debut novel about a virtuous woman determined to smooth out the rifts within her family.

While Gail Rollins is on bed rest in the hospital during her pregnancy, a nurse brings a little girl named Lexie into her room and into her life. Lexie survived a car crash, but her parents were taken to a different hospital. Gail promises the injured girl that she’ll be there for her. To cement that promise, she gives a small stuffed dog toy to Lexie (after detaching it from a stuffed-dog “family”). But just after Lexie returns from surgery, Gail is discharged and leaves the girl behind in the hospital, alone. Sixteen years later, Gail is still haunted by her inability to keep her promise. In the throes of prayer, she receives a strong “impression” that compels her to hold a family reunion in her house at Christmastime. During the reunion, Gail butts heads with her neglectful sister-in-law, cleans up after her tornado of a nephew, manages her own two children, and reconnects with her brother Dale, a diplomat. She also has an unexpected encounter with long-lost family members at the food court in the mall. The sweetest relationship in the book is between Gail and the prodigal Dale—one marked by frustration and misunderstanding as well as tenderness and forgiveness. Mostly, though, Gail passes the reunion putting out fires. Throughout, Hart focuses a good deal on Gail’s reliance on prayer and on what the family is eating. At one point, for example, due to a kitchen mishap, Gail’s homemade food is replaced at the last minute by a local caterer’s canceled order for a Mexican feast. Characters opine on the dangers of Mexican cuisine, becoming gratuitous and slightly xenophobic in their fixation: “I’ll need to buy some air fresheners for the house by the time your family has eaten Mexican food for a week.” The opening scenes at the hospital are the most narratively potent and stirring portion of the book. The remainder of the story, though, tends to be sentimental and righteous in tone.

A hopeful but sometimes saccharine story about family renewal and the power of prayer.