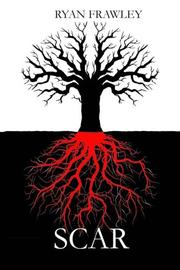 The set-up for this elliptical, often uneven fiction begins in the introduction where Thomas Kinsella, a doctor at the Riverview Psychiatric Hospital, doggedly weaves together the threads of his mentally unstable yet cognitively aware patient, Dermot Fallon. Armed with information from Grace, Fallon’s compassionate companion who witnessed the progressive deterioration of his psyche and urged him to see a therapist in 2005, Kinsella presents Fallon’s serpentine story in his patient’s own words and from his own manic, bewildered mind—something he calls “the very model of a purposive psychosis.” Fallon’s story is imaginatively narrated with a dreamscape sensibility as he lushly describes his histrionics as an English-born child of Irish-Catholic heritage. The early death of his emotionally abusive father and interactions with Grace, Dermot’s cousin, Sean, and Sean’s wife, Fiona, give cause for Dr. Kinsella to offer clarifying, introspective footnotes on nearly every page. But as Fallon writes of his attempts to decipher his father’s encrypted, handwritten journals, he also reveals a careful seduction of Fiona and a betrayal of his cousin, all culminating in a downward spiral into schizophrenia. Less a novel than a steady stream of hallucinatory imageries, this tale within a tale incorporates aspects from memoir, fiction and speculative fiction genres, and while gutsy for a debut, Frawley’s tale strains too often to retain order and narrative cohesiveness. Amid a flurry of distractive font styles, superimposed text, shifting points of view, cryptograms and blacked-out pages, the plot suffocates. Frawley, an English writer living in Canada, demonstrates impressive potential in painting the grim realities of a functioning schizophrenic, but this expository first work needs to be better focused to capture a reading audience’s full attention. A mixed bag—disappointingly complicated yet creatively inspired.