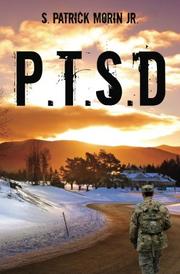 A war veteran suffering from post-traumatic stress disorder is convinced that he’s a murderer but has no memory of killing anyone.

U.S. Marine Gerry Burns turns himself in to the authorities, believing that his connection to five murdered people confirms that he’s responsible for their deaths. He and his wife, Ashley, have moved to a small neighborhood in New England, where Gerry is attending college. Gerry has been diagnosed with PTSD since experiencing combat in Iraq, leading to violent episodes that he later cannot recall. His unease is compounded when people wind up dead following a confrontation with the Marine. Morin’s debut novel has a notably effective structure; the early revelation of the specific number of people killed helps retain suspense, as readers will have to speculate as to who the victims will be. There’s an abundance of characters—from the college, the neighborhood and Iraq—but each one is well defined, intensifying the reverberation of a person’s death. The murders, however, are incidental, as Gerry’s condition stands in the foreground. Much of the narrative is apparently Gerry telling his story to the police, but the past tense is occasionally disrupted by the present: “I had to tell him something to make him go away. I don’t want him staring at me and making me feel crazy.” It gives the impression that Gerry is not simply telling his story but is prone to reliving it as well. Similarly, perspective will sporadically switch to other characters, like a scene in which, during one of Gerry’s outbursts, his first-person shifts to an omniscient view. Much like the protagonist questioning what is or isn’t reality, the reader will doubt the validity of Gerry’s account—or if he’s the only person telling the story. The ending is exceptional, one that resolves some of the plot elements but leaves the rest open. An imposing first novel with a protagonist whose disorientation is so thoroughly illustrated that readers’ senses will smolder before it’s over.