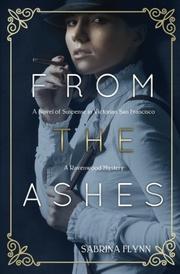 In this mystery, a jaded private detective investigates a kidnapping in turn-of-the-20th-century San Francisco.

Haunted by his partner’s violent death, PI Atticus James Riot vows to retire. But his old mentor, Tim, persuades him to take on one last case: kidnappers have taken Isobel Kingston, the daughter of one of San Francisco’s wealthier families, and issued two ransom demands. Riot immediately notices something strange: one note was delivered to Isobel’s father (who’s not as well-to-do as her husband), which demanded that the police not be notified, while the second was sent to three local newspapers, ensuring the cops’ involvement. As Riot interviews those close to Isobel and explores the piers, brothels, and dance halls of the vice-ridden Barbary Coast, he begins to piece together a more complicated tale. Isobel, spirited and impetuous, had brought scandal on her family more than once, and her marriage to Alex Kingston was unexpected. Her brother Curtis tells Riot that she’d suspected Alex of plotting to destroy her father’s business—and just a few months later, the two announced their engagement. Interlaced with Riot’s investigation are chapters that follow Isobel a week earlier, as she steals away from her home and ends up bound and gagged in a ship’s hold. Soon, Riot grapples with the death of another victim. Flynn (Record of Blood, 2017, etc.) manages to weave in an impressive amount of detail regarding the story’s time and place, bringing history to life without ever letting it get in the way of the gunfight-filled drama. The author’s prose is generally lean, but her metaphors can get a tad elaborate at times; for example, on Riot’s return to San Francisco, she writes: “California’s silver mistress greeted him with a lush, sensuous embrace. She was a late riser who generally left at noon, returning in the evening like a slow crashing wave rolling relentlessly towards the port.” Isobel, a forthright, tough woman, is easily the story’s standout character.