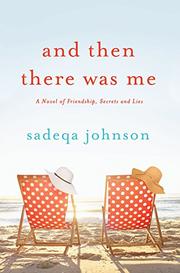 AND THEN THERE WAS ME

A woman tries to keep herself together while struggling with an unfaithful husband and an eating disorder.

From the outside looking in, Bea’s life seems perfect. She lives in an upscale New Jersey suburb with a great school district for her two children. Her husband, Lonnie, is handsome and a good provider. She seems to have everything—but Bea, with her Dominican and African-American heritage, always feels like an outsider in her mostly white suburb. She’s also hiding some secrets. Her husband is a serial cheater, and he has a son with a former mistress in Miami. Bea struggles with bulimia, and her disease is triggered by Lonnie’s repeated infidelity. Bea is pregnant, acting as a surrogate for Lonnie’s cousin, so she tries to avoid binging and purging for the sake of the baby, but as her marriage crumbles she finds it harder to resist. Bea feels pressure to keep everything together for her family, but how long can she deal with her husband’s cheating? Through it all, Bea leans on her best friend, Awilda—but when Awilda betrays her, Bea is forced to make some big changes. Bea faces so many challenges at the same time—bulimia, infidelity, broken friendships, and surrogacy—that it can be hard to keep track of the plot. However, readers will relate to Bea’s response to adversity and cheer as she fights against her self-harming behavior.

A story of one woman’s journey toward the life she deserves, with plenty of satisfying and surprising twists along the way.