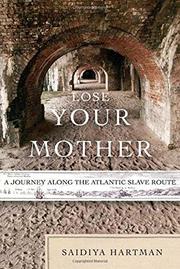 A Journey Along the Atlantic Slave Route

Somber meditation by a descendant of slaves who journeyed to Africa to understand her past.

In 1997, Hartman (English/UC Berkeley) went to Ghana as a Fulbright Scholar and spent a year researching the slave trade. “Intent on tracing an itinerary of destruction from the coast to the savanna,” she did much more than simply uncover the past; her book describes a deeply personal journey taken by a woman who insists that the ghosts of slavery still haunt the present. The author visited Elmina, the place where slaves captured in the hinterlands by Africans were sold to European slave traders and warehoused before shipment across the Atlantic to the New World. She traveled north to visit Salaga, home of the largest slave market in Ghana. The text mingles accounts of her explorations of the present-day sites, including Elmina’s underground dungeon, with the dark stories of their pasts, conjuring up brutal, bloody images. Hartman also weaves in the story of her own ancestors—or rather, of how little she knows about them, since to be a slave is to “lose your mother”: to lose your identity, your past, your country. The author’s research into the slave trade turns up a host of vivid and gruesome details, including a horrific account of the torture and murder of a young woman by a British sea captain who was later tried and acquitted of the crime. She depicts herself throughout as a lonely figure, regarded as an outsider by Ghanaians. Their ancestors were fortunate enough to elude capture, so they did not share the sense of loss that shaped Hartman’s and many other African-American lives.

A provocative work, tinged with sadness and anger.