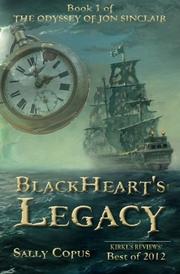 Book 1 of The Odyssey of Jon Sinclair

In the first book of debut author Copus’ planned series, a boy and his grandmother travel back in time to hobnob with marauding pirates in search of hidden treasure.

Clearly familiar with what should constitute the building blocks of a kid-friendly adventure story, Copus begins the book with a seemingly foolproof plan gone disastrously awry. Alistair and Kathryn (Grammy) Sinclair—12-year-old Jon’s grandparents and full-time guardians following the mysterious deaths of his parents in a plane crash—are gearing up to send Jon to 1776 Philadelphia to witness the signing of the Declaration of Independence. While retired NASA employee Alistair won’t be joining them in the silver time-travel capsule Carousel this time around, Grammy goes along for the ride to prevent any mishaps. But with a loud whirl and a classic sci-fi jolt, the ship’s malfunctioning navigation device instead sends them crashing to the shores of 1692 Port Royal, Jamaica, kicking their journey into high gear. Soon, Jon is kidnapped by the crew of the Black Opal, led by the notorious Captain BlackHeart. Grammy—disguised as a boy named Gramm—gains passage as a cook on the ship of BlackHeart’s conniving rival, Shark Scar, in hopes of somehow crossing paths with Jon. As the novel picks up speed, so too do the cleverly hidden surprises. BlackHeart isn’t as nasty as he initially seems; it’s easy to root for him and his devoted crew during treasure dives and explosive battles with warring buccaneers, especially since he’s taken the ever-trusting Jon under his wing. Gramm’s grandmotherly resourcefulness in winning over Shark Scar’s mutinous, scurvy-inflicted crew never feels unbelievable, and one character’s just-in-the-knick-of-time appearance adds an element of urgency to an already deliciously thrilling finale. The cliffhanger ending foreshadows an exciting voyage to the lost city of Atlantis.