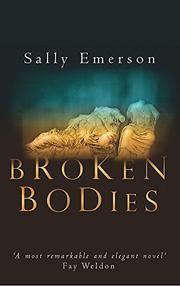 A slow and rather tedious love story, and first US publication, from Emerson throws together two historians obsessed with the same woman and lets nature take its course.

Historians Patrick Browning and Anne Fitzgerald are both wounded types, more or less permanently disappointed in their lovers and friends, and they become themselves by looking back across two centuries to find a world that is more congenial. They first meet at the British Museum, where they argue over the Elgin Marbles (Patrick thinks they belong in Greece) and take a mild dislike to each other. Although they don’t know it until much later, they’re both working on a biography of Mary Nisbet, Lord Elgin’s wife, who was tried for adultery in a scandalous 1803 trial. As their separate manuscripts near completion, Patrick and Anne become aware of each other (through their publishers) as rivals—and Anne hears rumors that Patrick has secretly purchased a cache of Mary Nisbet’s private journals from a shady antiquarian. A gang of thugs soon begins to terrorize Patrick on the streets at night, repeatedly roughing him up and ordering him to “go back to America.” Garden-variety skinheads? Something more sinister? Then Patrick’s flat is broken into and robbed—of nothing but the diaries. He confronts Elizabeth, accusing her of theft—only to find himself swept into her bed. They both have (married) lovers of their own, but they’re unable to keep apart from each other—just as they find themselves locked in a cutthroat competition to publish the first exhaustive biography of Mary Nisbet. Why don’t they just collaborate, you ask? Well, what kind of story would that make?

A paperback romance tarted up with literary and aesthetic scenery that has no effect on its Harlequin prose (“Kate’s flesh had been hot and solid and sweet, tasting of flowers”) or cornball plot.