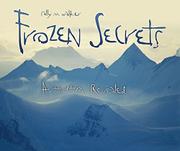 No ice crystal is left unturned in this sweeping historical and scientific examination of Antarctica. It's a relatively new "discovery"; the first person to set foot on the continent was a Briton in 1821. Walker briefly chronicles the ill-fated expeditions of such explorers as Scott and Shackleton, as well as Amundsen's successful trek to the South Pole. Although several nations have been engaged in serious research on the continent for more than 50 years, Antarctica remains a mysterious scientific frontier. The author explains Antarctica's unique place in international diplomacy and collaboration with the signing of the Antarctic Treaty. The text succinctly discusses complex discoveries made in such fields as biology, climatology, geology, oceanography and paleontology and the implications these discoveries have on understanding the planet as a whole. Attention is also given to the difficult, often dangerous conditions under which scientists must live and work. Photographs, maps and other illustrations, many in color, appear on every one of the attractively designed pages. Informative, insightful and engaging, this is an exceptional introduction to our southernmost continent. (glossary, source notes, bibliography, further reading and websites, index) (Nonfiction. 9-14)