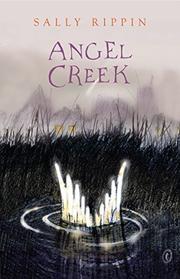 What do we really know about angels?

While recent literature for teens teems with vengeful or romantically inclined angels, this Australian import offers a refreshing view of the seraphim. Frustrated and lonely after her family’s recent move, Jelly faces the first year of high school knowing no one. She wanders down to the creek behind her house with her cousins, Gino and much younger Pik, where they discover a small, waterlogged angel with a broken wing. Rippin’s vision of an angel is of a near-feral, childlike creature. The angel determinedly attaches itself to Jelly, ignoring the now-jealous Gino. She and Gino hide it in a metal shed, a poor choice in the summer heat. Then, as the angel suffers from its captivity, things begin to go badly all around them, starting with their grandmother’s nearly lethal heart ailment and including bullies and a younger cousin’s serious illness. Gino connects the dots before Jelly, but both come to realize they don’t really understand angels and the potential dangers they might present. A neighborhood boy provides needed insight and the promise of a friend for Jelly. Characters are believably portrayed, the shredded remains of childhood innocence slowly giving way to the worldly skepticism of adolescence.

An intriguing and singular depiction of angels neatly wrapped up in a brief, captivating coming-of-age tale. (Fantasy. 10-14)