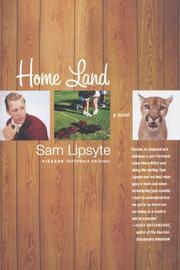 While not quite as densely smacked as William S. Burroughs’s druggy vaudeville Naked Lunch, this doesn’t fall all that short. Many who enter will soon find themselves tripping over phrases and sentences so dishearteningly opaque that deconstructing the narrator’s glancing shots at originality will become too tiring to bear. The story, as it plods by, tells of small-town New Jerseyite Lewis Miner while he considers what really happened to his fellow alums from Eastern Valley High School, as opposed to what the Catamount Notes alumni journal claims. Going by Lewis, they’re all losers, even those who’ve gone on to professional accomplishment or millions. Lewis himself is the biggest loser of all: he hasn’t a sober cell in his body and admits to masturbating obsessively. The novel works toward the “Togethering,” a kind of alumni dance that becomes a marathon of loudmouthing, capped by a dreadful speech Lewis addresses to the assembled. Excerpt: “I should go back to school and learn the brain. I know, I couldn’t even get through Mrs. Strobe’s Bio II, but still, I bet they have new machines now, stud-finders for the walls of that gooey maze. As a brain man I’d ride from town to town, bury all the bad stuff . . . .”