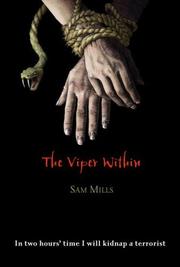 After his vicar father deserted the family, 16-year-old Jon lost his Christian faith. Falling under the spell of a classmate, Jeremiah, founder of the Brotherhood of the Hebetheus, Jon has joined four other boys as his disciple. Now, under Jeremiah’s direction, they kidnap a Hindu girl whom Jeremiah claims is a terrorist. From their hideout, an empty cottage with a dead woman in it (undiscovered for some days), they record grandiose demands and send them to the media. The novel, set in contemporary England, quickly bogs down in long speeches and didactic commentary. A less-than-credible plot doesn’t help, but the real problem is that once at the cottage, the novel goes around in circles rather than build steadily to the climax. Characters lose and regain their faith in Jeremiah; each turn provides the author a new opportunity to pontificate on global warming, consumerism and fear-mongering until the reader, too, feels like a hostage. Although Mills claims to be a former cult member, Judy Waite’s Forbidden (2004), offers greater insight into cult psychology in a far better novel. (Fiction. 14 & up)