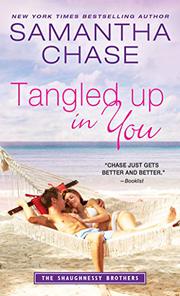 TANGLED UP IN YOU

A single mother falls for a wounded policeman with a reputation as a player, but their path to coupledom is blocked by a full spectrum of reasons to say no.

Teagan Shaughnessy feels like everything is falling into place. The single mother has finished her graduate degree and landed a school counselor position in the same Carolina beach town where her large family of Shaughnessy cousins lives. The only child of a military family, Teagan swore she’d never lead that migrant life, but then she fell in love with Logan, a career-minded soldier who died in battle before they were married, and before he knew she was pregnant. Teagan’s life is devoted to her 5-year-old son, Lucas, and she’s never even contemplated starting a relationship. But then, at a family barbecue, she meets her cousin Quinn's brother-in-law, Bobby, a Myrtle Beach police officer who was shot during a holdup. Bobby and Teagan are drawn to each other but begin a roller-coaster relationship of will-we, won’t-we, holding up one thing after another to convince themselves they need to stay apart, including Lucas; Bobby’s reputation; family disapproval, especially from Quinn; Bobby’s dangerous career; and Teagan’s lack of confidence around Bobby’s myriad exes in his hometown. Chase (Suddenly Mine, 2019, etc.) is a crowd-pleaser, and the Shaughnessys crew a popular romance series, but the continuous back and forth between Bobby and Teagan, both to each other and in their own heads, sometimes from one page to the next, becomes tiresome and paints the characters as annoying and emotionally immature.

A rare disappointment from Chase.