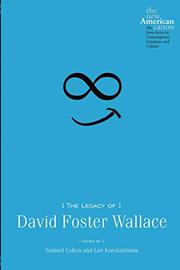 THE LEGACY OF DAVID FOSTER WALLACE

A potpourri of a literary collection—from exegeses to eulogies—all in memory and honor of Wallace (1962–2008).

Cohen (English/Univ. of Missouri; After the End of History: American Fiction in the 1990s, 2009) and Konstantinou (English/Princeton Univ.; Pop Apocalypse: A Possible Satire, 2009) collect scholarly essays about Wallace’s work, interviews with Wallace and others, tributes delivered at Wallace’s memorial service by friends and fellow writers and an essay from a literary curator about the Wallace collection at the University of Texas. Their decision to alternate scholarly pieces with personal ones was risky and causes a serious problem for the scholars. When an earnest essay dense with critical jargon (“an attempt at a Hegelian sublation of metafiction into metafiction critical of its own impulses”) appears after a moving piece by Rick Moody, the scholarly piece suffers. Over and over again, scholars weigh in and are followed by Don DeLillo, Dave Eggers, Jonathan Franzen (whose tribute will bring tears to the eyes of nearly all readers) and others. Ending the volume with an essay about cataloging Wallace’s papers seems an odd choice in such a collection. The editors have fleet literary athletes ready to run the anchor lap, and instead choose someone who writes about categorizing types of track shoes. This is not to disparage that essay—it’s of real interest—but why at the end?

The eyes of general readers will glaze reading the lit-crit, blaze (and redden) reading the writers’ eulogies.